On Sunday Sim was laid low with a tummy bug similar to one I had had a few days before which even a few pints of beer couldn’t cure, so I headed off to Marrakesh on my own as we had already reserved the hotel and left Sim on the loo.

The train journey from Rabat to Marrakesh was like something from the Orient Express, in our compartment we had me, a Steve, a Kiwi geologist, Caro, his Hungarian wife, Hassan, a Moroccan businessman who made ceilings for Mosques and Aziz a Marrakech businessman who ran a transport company. We enjoyed a four hour exposee on Morocco, the Koran, Islam, sociology and philosophy which helped to pass the time and provided interesting debate and education. When we arrived in Marrakesh, true to Moroccan form on hospitality, Aziz drove me around the city sights in his big 4 X 4 ending up outside the Medina where my hotel was, a fantastic way to see the sites with an expert guide. Wide streets, modern villas, superb public buildings and of course the old Medina. 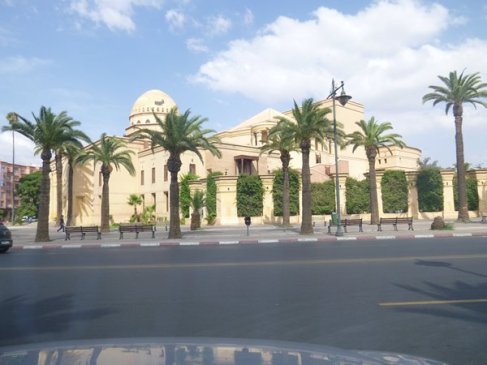 This next shot shows the gates to the Medina where Aziz introduced me to his personal herbalist who promised to cure every ill for a few Diram. I got away lightly! You can also see the storks nesting above the gate which the locals think brings good luck.

And a close up of the storks

Here is the inside of the herbalist’s shop which doesn’t do justice to the thousands of bottles lining the walls. 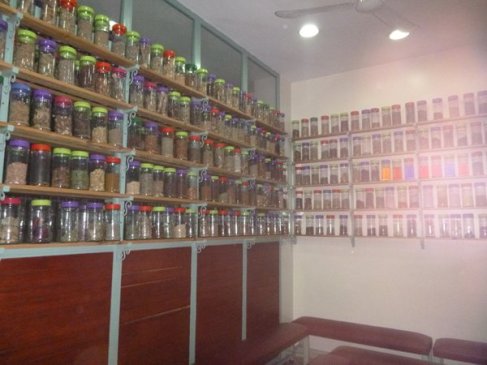 The Riads in Morocco are old houses decorated and furnished in the old Moroccan style and the one I had selected was lovely and inexpensive to boot; this is my modest little room for the night. 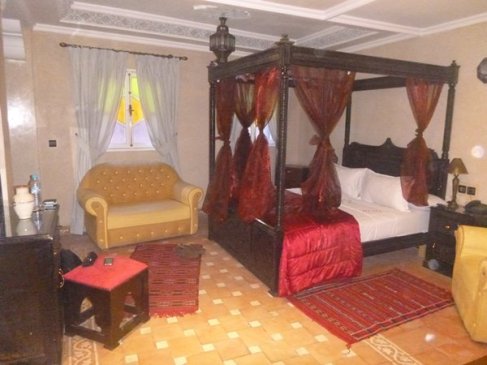 Marrakesh is famous for its huge central square where since time immemorial Berber, Toureg and Bedouin tribes have come in from the desert, traded their goods and in the evening the city lays on its food and entertainment. This same tradition carries on today and in the evening after the market closes the square comes alive with fire eaters, snake charmers, belly dancers, jugglers, musicians and storytellers each with crowds around, the noise in this huge square is incredible but so alive. this shot shows the tea vendors selling delicious sweet mint tea.

In the morning I went to look at the grand mosque.

Even the mosque has to put its rubbish out and then back to the station for a five hour train journey back to the boat to find Sim alive and better after a days rest. An exhausting but fascinating two days.

One thought on “Marrakesh”